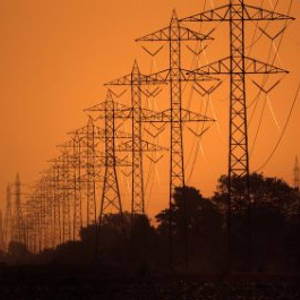 Power companies make it their business to generate electricity as cheaply as possible. It is not uncommon to find coal-fired boilers operating at efficiencies in excess of 90% at large power stations and at newer facilities, steam is generated at ever-higher pressures in a bid to maximise turbine efficiency. The scale of power generation plants also contributes positively towards power generation costs, provided of course the plants operate at high levels of utilisation.

Given these factors, it is easy to make the mistake of thinking that it is impossible to generate electricity on an industrial site at a lower unit cost than can be achieved by a utility. There is however one vital difference between cogeneration and power generation that fundamentally differentiates these two processes from each other – the fate of the steam.

Large-scale power generation involves the generation of high-pressure superheated steam, followed by the use of turbines to convert energy in the steam into shaft work, which is ultimately used to generate electricity in a generator. The steam exits the turbines in a saturated state, typically wet, and is then condensed using cooling water. Condensing of the steam results in a vacuum at the turbine exhaust, maximising the pressure difference across the turbine and hence minimising the mass of steam required to generate a unit of electrical energy. The condensate is returned to the boiler. The heat absorbed by the cooling water is rejected to the environment.

The cooling options used at power stations can be diverse. Cooling towers are the most common option. Their use results in a substantial amount of evaporation – this is the source of the huge clouds of water vapour you see at most power stations.Plants close to large water bodies can employ once-through cooling, with water abstracted from a source and then discharged into a sink at an elevated temperature – while this reduces consumptive water use, this approach can result in thermal pollution. Dry cooling systems (which are essentially cooling coils employing large fans) may be employed in arid areas, but while this eliminates the bulk of the water use associated with power generation, it can increase fuel consumption and emissions due to reduced turbine efficiency. Hybrid systems are also employed. No matter which cooling approach is applied, the key issue here is that a significant amount of waste heat is rejected to the environment, and effectively lost. An overall efficiency for this process of 35% – 40% can be expected.

In the case of industrial cogeneration, the use of backpressure turbines offers a significant advantage which swings the economics for on-site power generation in favour of the power user. Backpressure turbines use high-pressure steam, but exhaust at a positive pressure, typically at the pressure of the low-pressure steam circuit in the facility. As a result, instead of the remaining heat in the exhaust steam being lost, it can be deployed for process heating. This combined power generation and heating process has a far higher efficiency than that of even a very efficient power generation facility, making on-site electricity generation (or for that matter the use of turbines to drive mechanical equipment that would otherwise be driven by large induction motors) a potentially attractive option for large, high-pressure steam users.

Cogeneration projects have to be considered on a case-by-case basis, preferably beginning with the construction of a holistic steam systems model for the facility being assessed.