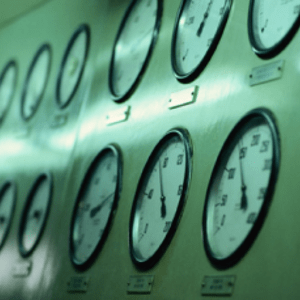 Steam is a convenient and highly efficient heat transfer medium that can also be used to perform mechanical work or to generate electricity on industrial and commercial sites. The operating costs associated with steam systems vary widely from one site to the next, and even on small sites, I often find that these costs can easily dwarf those of energy carriers such as electricity (I’m of course not including electrode boilers in this comment). South Africa’s upcoming Carbon Tax also places the spotlight on Scope 1 emissions, to which steam generation is a major contributor. It is therefore essential, except for the very smallest of steam systems, that detailed system-level assessments are carried out to identify energy efficiency and cost reduction opportunities. So what does this mean?

There are 4 major components in any steam system:

Steam systems can also include turbines, which lie between the “distribution” and “user” aspects of the system and are hence mentioned separately here. These can be used to drive equipment (e.g. pumps or compressors or any piece of equipment requiring shaft work) or to generate electricity. Back-pressure turbines have significant system-level efficiency advantages, but require a detailed evaluation of the site concerned to ensure that the preconditions for their use are met. The opportunity for their application in my home country, South Africa, which remains embroiled in a power crisis, is enormous and remains largely untapped.

The steam system itself is embedded within a wider system comprising the site and local environment that it operates in. This adds even more complexity, but cannot be ignored. The steam system interfaces with this wider system at various touch points, all of which have an impact on system efficiency, operating costs and emissions.

In my experience across a wide range of industries, I find that most organisations tend to tackle steam at the component level, dealing with individual aspects of the steam system rather than addressing the system as an integrated whole. Hence there may be projects to address boiler efficiency, or to insulate parts of the distribution system, or perhaps projects aimed at reducing the amount of steam used or the amount of condensate returned to the steam raising plant. In most cases there are benefits. The problems with this piecemeal approach are however two-fold:

Let me illustrate with just a few examples how system effects impact on the evaluation of individual steam-related energy efficiency opportunities:

The above are only a few limited examples, but illustrate the potential dangers associated with taking a component-level approach to steam systems optimisation. I am not suggesting that micro-level optimisation opportunities should be ignored – they can and must be investigated and implemented. The point though is that these types of opportunities, while important, still require some consideration of potential system-level risks before implementation. They are also not able to unlock the quantum of value available through a systems approach. If you are not taking a systems approach to the management and optimisation of your steam system, chances are you are missing out on the types of opportunities that could be game changers for your system’s efficiency.